So excited to have with us the fabulous Grey Francis! Let's give her a big Naughty Authors Chicks welcome!
Southern Smiles,
Casey Crow 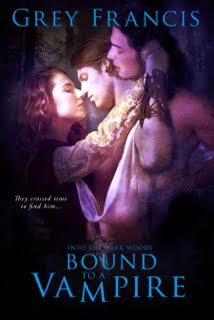 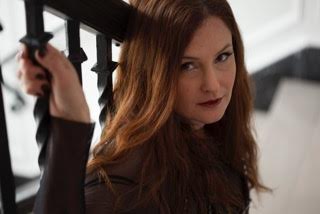 Set in modern-day New York, Bound to a Vampire tells the story of Cassandra, a three-hundred-and-sixty-year-old vampire with healing powers. Her human life ends three centuries earlier when, condemned as a witch, she is rescued and turned by the sexually dominant and emotionally enthralling Master Vampire, Killian. Bonded in an erotic trio with their Protector, the brooding and ardent Alastair, the three live an exciting and dangerous life full of love, decadence, and dark passion. But when Killian suddenly vanishes, Cassandra and Alastair face an ever-changing and threatening world, where they struggle with the loss of their mate while trying to protect the vampire empire from destruction by human armies called Torians. Centuries later, when a close friend of Cassandra’s discovers that Killian is alive and executing members of the allied Sentient organization, Killian becomes a target for elimination. Cassandra vows to find him before time runs out, but she must first journey into her torrid past and face her own demons before she can save Killian and reunite the vampire triad.

I wanted to set my novel in the present and in the 17th century, going back in forth through memories, in order to show how the past shapes a vampire after centuries of living. This time-shifting allowed me to show vampires not only living, but being hunted, having love affairs and experiencing great tragedy.  I also wanted to take my readers deeper into my characters’ histories, exploring how they became vampires, how they found each other, how they lived, and ultimately how they lost one another. Since the 17th century is one of my favorite time periods, and a dramatic contrast to the times we currently live in, setting the book during that time allows us to understand the past, so we can sympathize with a particular vampire’s motivations and desires.

2. Bound to a Vampire features the female healer, Cassandra, who is turned into a vampire by the mysterious and powerful Master Vampire, Killian, and who becomes the member of a sexual triad that includes the dark and brooding Protector, Alastair. What’s special about Cassandra and how did you come to choose her as the main character for your first Into the Dark Woods novel?

This genre is dominated by male vampire protagonists. What I wanted to see was a strong female vampire, who is driven by ambition, passion and romance and willing to fight for those she loves. As a 17th century human midwife, Cassandra’s talents were misunderstood and feared, and ultimately she is persecuted as a witch. As a vampire, her former talents are transformed, giving her ability to heal and create life, making her very powerful. She goes from a simple peasant to vampire royalty. Flame haired with an exquisite kind of delicate beauty, Cassandra is spirited, strong-willed, and nurturing. She quickly finds herself in a passionate love triangle with her Sire and her Protector. Cassandra is the perfect compliment to each of them, but her true gift is her ability to bridge the gap between these two powerful males, whose love for one another is dark, tangled and complicated.

4. What do you find the most fascinating about the paranormal romance genre?

There are interesting fluctuations in what creatures are capturing the interests of readers. Recently, I’ve seen a popular rise in books about shape shifters, dragons, sexy demons and angelic warriors. A few years ago, the Fae world was popular.  Before that, it was witches. Many writers have been combining a number of different supernatural creatures in their books for years, creating very developed and complex worlds where vampires, shifters, Fae, and others creatures, co-existed to varying degrees of animosity and peace. I find many of them fascinating, and I faithfully follow a number of writers.  And yet, I see vampire stories enduring, being recreated, the rules of their worlds ever changing and expanding. For me, the vampire remains as intriguing and sexually charged as he was 30 years ago when I picked up Interview with a Vampire.

5. What would you like readers to remember most about you and your books?

The characters. They get under our skin and we can’t shake them.  What I would like people to remember are the emotional layers that exist between my characters as they develop and evolve. All three main characters go through transformations, be it with through love, sex, power, loss, or reconciliation. Their pain haunts us. Their love grips us. It is these emotional resonances that I hope stay with my readers.

6. Are you working on a new Into the Dark Woods novel and, if so, what can you tell us about it?

Yes. The second book in the Into the Dark Woods series is called A King in Chains, and it focuses on Alastair and his dynamic yet tumultuous history with Killian. The story also explores Alastair’s present day struggle to move forward as king without Killian by his side, while battling a powerful and malevolent vampire from his past who threatens everything he holds dear. In order to save his kingdom, Alastair must make the ultimate sacrifice for those he loves. That’s all I can say for now!

Grey Francis, a native of Los Angeles, has been writing since she was a teen, penning stories about ghosts, witches and vampires, among other denizens of the night. After graduating with a B.A. in Journalism from San Diego State University, Grey was employed in the New York publishing world before relocating back to Los Angeles to work in the film industry. She later explored her fascination with the paranormal as a screenwriter, but it wasn’t until the birth of her series, Into the Dark Woods, that she found her voice as an erotic novelist. When Grey isn’t writing her next book, she is busy full-time mother of two children.

For more information on Grey Francis or Bound to a Vampire, please visit: www.greyfrancis.com or www.amazon.com.
Posted by Casey Crow at 1:00 AM

Email ThisBlogThis!Share to TwitterShare to FacebookShare to Pinterest
Labels: Bound to a Vampire, Grey Francis