"The Princess and the Carnival Masque" Video Romance Poem

Mardi Gras is Tuesday, March 4th, but the parades have already begun...

Preview my new video on Vine:

And in Venice the streets are filled with carnevale revelers in beautiful costumes and holiday masques. I love carnevale and it's always fun to pretend you're a princess...

In this second video in my "Princess" romance poem series, I take you to Venice with all the fun and excitement of carnevale. Who knows? Maybe you'll meet a prince and fall in love...


The Princess and the Carnival Masque from Jina Bacarr on Vimeo.

I found some beautiful carnival photos from www.Dreamstime.com and the music is "The Snow Queen" by Kevin MacLeod (www.incompetech.com)

This wasn't an easy vid to put together. Lots of pix and FX to give it "motion." It tells the story of an ordinary girl who goes to carnival pretending to be something she's not...and what happens when she meets the man of her dreams.

Just a little update on my X-OPS Series!

Sent edits for HER LONE WOLF, Book Two in the Series, to my editor at Sourcebooks, and working hard on Book Three!

You've Got to be Taught


This is a post I wrote a while back, but I decided today that it bears repeating. ~Cindy

From South Pacific. Possibly the single finest piece of wisdom to ever come from a Broadway musical.  Don’t know why I’m in such a snit today about prejudice, but there you go.  Oh wait. Might have something to do with the political brouhaha currently happing here in the US and definitely in Russia. Bleh. Politics. Full of things I get cranky about. Lying, self-agrandizing demagogs, and money. All of my favorites. Frankly I don’t think any of ‘em are people I’d want to live next door to.  But if one moved in, I’d make the time to find out before I built the ten-foot fence. That’s the whole point of  being a rational adult.  Learning the facts before you make up your mind.

Of course, the political arena isn’t the only one where prejudice comes into play. Sad to say it’s alive and well, and in all varieties: racism, sexism, religious intolerance, homophobia, and other such bullshit.  I come from a very blue-collar suburban Detroit background. I’ve seen first hand prejudice going both ways. I remember, though just barely, the 1967 race riots. I remember my brother being shot at in the 70’s for being a non-union trucker.  I’ve been the first female in a particular job. I’ve faced enormous amounts of prejudice as a short, plus-sized woman. And just to make it fun, I live in a town where the KKK is alive and well, and the Michigan Militia (another group of supremacist nutjobs) keep all the bigots very well armed. Anyway you look at it, it’s all just stupid.

As a parent, I try to get these messages through to my kids.  Mostly, I think they get it.  My youngest did ask permission to miss a class last year to attend the GLBT tolerance rally at his school.  And I let him. Just because I happen to live a very traditional lifestyle doesn’t mean I think everyone should. Everyone should live the life that fucking works for them. As long as it’s not directly harmful to others. Shooting people is harmful. Having a relationship with another consenting adult, or even multiple consenting adults is not. Neither is choosing to live alone.  And neither is practicing a religion—for the most part. Pray, chant, meditate, or contemplate your navel and it’s all fine with me. I draw the line when religion crosses over into abuse, as some of them sometimes do. Then I believe in freedom FROM religion as well.

As a writer this comes into play because I try to make my work reflect a variety of people and situations. Though most (yep—most, not all) of my stories are about monogamous heterosexual couples, their worlds are filled with folks of all shapes, colors, and persuasions. This is true even in my steampunk. Despite the fact that homosexuality was illegal in England in the 1850s, that doesn’t mean gay people didn’t exist. Therefore, there are some in the Gaslight Chronicles, loved and protected by their families or not. There are people of different races and religions, and yes, I’ve gotten flak because the women don’t always act like proper Victorian ladies should. Oh well, that’s the PUNK in steampunk.

People are people. In any group, you have the good, the bad, the clever and the ignorant.  I find it very odd that in a paranormal romance, where nobody thinks twice about whether a vampire and a werewolf can find love, they can still argue about the melanin content of someone’s skin, or what entity their parents prayed to.  Fortunately, my publishers don’t, and I think most of my readers are savvy enough to get past it as well. So I’ll continue on my merry way, coming up with new and different characters as I go.  And in real life, I’ll continue to encourage my kids to look at people as people, instead of seeing just the labels.

After all, you’ve got to be carefully taught.
Posted by Cindy Spencer Pape at 3:01 PM No comments:

A Poem for the Not So Romantic at Heart


Yeah, yeah, I know I'm a romance writer and this should be my favorite holiday, but since I can't get a date to save my life, this  one's for all of us who um, shall I say, like to pretend it doesn't exist...
~ Casey Crow

Valentine's Day Video Poem: "The Princess and the Stilettos"

Did you want to be a Princess when you were a little girl? I did. I dressed up in a blue taffeta dress with ruffles and used a rhinestone necklace my mother had for a crown. Then I smeared her bright red lipstick on my lips and wandered off into the woods to look for my prince.

A thick forest lay behind our house and it was the place for countess hours of fun and exploration for me when I was a little girl.


Those memories inspired "The Princess and the Stilettos." It’s the story of how she found her prince and is told as a Valentine's Day video poem in rhyme with music and pictures.


I bought photos from www.Dreamstime.com, found the perfect music from Kevin MacLeod www.incompetech.com and then put it all together with my voiceover: 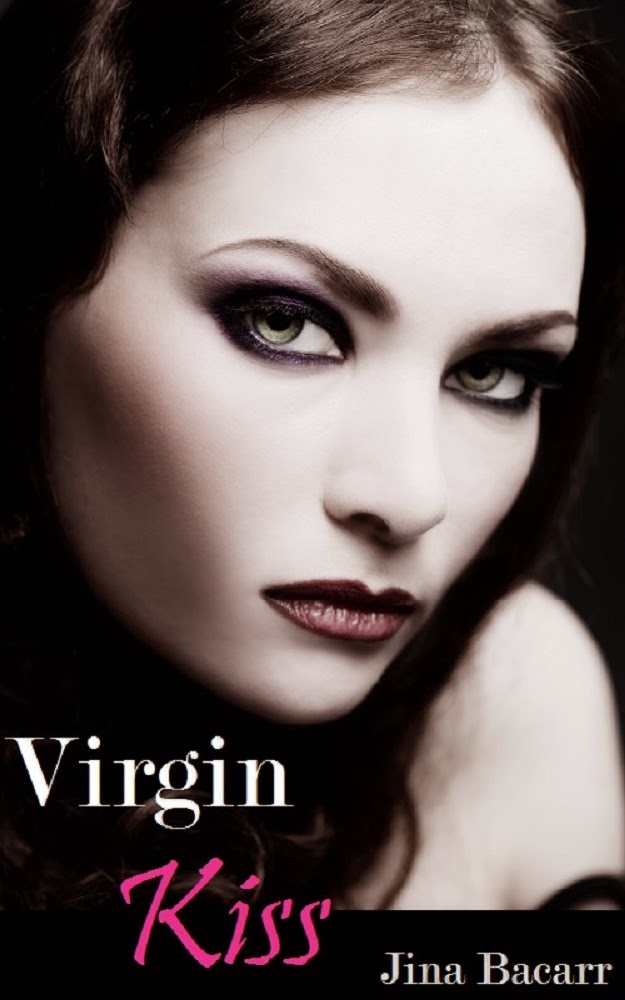 Riley Murphy is a kissing virgin, waiting for the right guy to come along. Until she joins the Drama Club at Holywell High and has to kiss the class dweeb on stage in front of the whole school on Valentine’s Day.