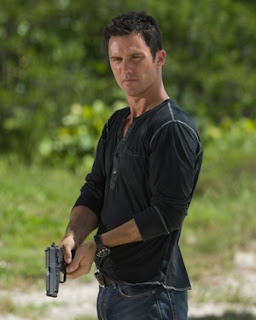 The beta male vs. the alpha male. I’ll admit, I’m a hardcore fan of the Alpha man. He’s hot, protective, dominant—if sometimes overbearing and arrogant—and you know he’s gonna be good in bed. However, yesterday’s post by Cara featuring the fabulous, quirky Charlotte Stein got me thinking. I’ve recently been introduced to Ms. Stein’s work and in addition to her awesome sense of humor, she really knows how to write beta males. Normally, this is the type of male I avoid, probably because I haven’t read any I like until her.


I recently read her book Past Pleasures. It features two things I don’t normally read: 1) a ménage situation, and 2) a beta male. Oddly enough it’s one of the cutest short novels I’ve read in a while. The ménage deal worked for me because of the futuristic setting. For the most part I just don’t buy a HEA in a contemporary setting. Maybe HFN, but that’s a blog for another day. Anywho, I found myself reading Past Pleasures again the other night because Tem (one of the main male characters) is soooo adorable. I’ve posted about alpha males before and if you read my stuff, you know why I love them so I'm not going to chat about them today. Today is beta male day!


When I started thinking about exactly why I liked Tem I couldn’t pinpoint it immediately. Everything about him was real, sweet, and adorable. He wasn’t a pushover but he was unsure of himself on more than one occasion and he tried to please the heroine. Like really hard. In his not-exactly-clueless-but-close way, he tried to please her. And it wasn’t annoying. No, it was incredibly endearing and made me want to hug him (and maybe rub my breasts against him). He came from a world of all men and this woman from the past is dropped into his world so her presence was abrupt and disturbing and he didn’t know how to act more than half the time. But he really wanted to make her happy (He also really wanted to touch her breasts and I don't blame him).


So, if you take away anything from this blog it’s that you need to read Charlotte Stein asap and that beta males are hot too. Here’s my list of why they’re easy to love (and yes, I realize this is a sweeping generalization, but it’s my blog day so deal):


1. They speak our language! Having a beta male as a mate is like having a gay best friend except better because well, you know. 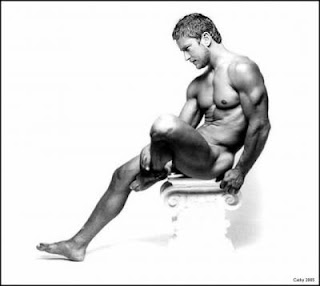 3. He’ll never check out another woman when you’re out together. Or if he does, it’s more likely he’ll be in stealth mode.


4. He has appreciation for pillow talk and post-coital cuddling.


5. He knows what Q-tips and nail clippers are and uses them.

I’m not gonna lie. More often than not I’ll probably always pick an alpha male. It’s just the way I’m hardwired. The truth is, I don’t want a man to go with me to the salon and I love the fact that half the time, my man and I don’t speak the same language. BUT, there are some things about beta males that are sometimes too much to resist. If you want to read about the perfect beta male, you need to check out Past Pleasures.


So what about y’all? What do you love about men? They can be alpha or beta, or hell, omega (what is that anyway?) Just tell me the one or two things you just absolutely love about men!

Posted by Savannah Stuart at 1:00 AM

Wow, you need to be a sales person for Charlotte. I'm all in a beta mood now.

Ha! And I swear I didn't plan it either, lol. Cara's post got the wheels in my head turning :)

What a great list! You made me snort my tea with the line about breast rubbing, LOL. And then I couldn't stop staring at Gerard.

I love to read about alpha males, but I'm not sure I could be married to one. My DH isn't what I'd call alpha, unless he's on the ball diamond. Then look out. Is there such a thing as a B+? I think that's him :)

Heh, if you read the book, you'll know what I mean about the breast rubbing. ;) Mine's alpha too but he's not uber alpha like from the books I read/write. I like that B+ term! I think you should copyright that, lol!

I like that B+ thing, too. My alter ego has an anthology out this week and my novella features a Beta male - he's sweet, kind of clueless and totally adorable. Although I am married to an alpha, I also like reading Betas - maybe I am weird. Think I'll pick up Past Pleasures;-)

Congrats, Wynter! I didn't realize you had a release out this week :) And you totally should check out Past Pleasures. It's too cute!

Ooh, can I do a shout out for what I what I once saw labeled the Theta Male? Dark, brooding, reclusive loner. Mmm, love it. Think Wolverine. I love a male character who's grumpy and charismatic and nearly impossible to melt, but when the heroine does, he'll go to the ends of the Earth for her. Whistful sigh…maybe that'll be my next post!

You had me at Wolverine! Only if Wolverine is played by Hugh Jackman of course ;) I've been looking up omega males today and think I'm going to do a post on them later too :) If you do a post on Thetas, I hope you post pics of Mr. Jackman!

I wish I knew how to respond to compliments! I just blush and squirm and can't quite believe that someone as orsum as Savannah could write something like that about my little novella.

Thank you a million times!

Michelle- LOL! My cheque's in the post. And beta mood sounds...heavenly. Like you could just go to the beta shop and pick up a few hot dudes.

Kaylea- I'm definitely all for a new category. B+ sounds just right-non of the asshole, all of the flavour!

Wynter- Am going now to search out this beta male delight. When it comes to betas I don't walk. I run. Congrats on a surely fabulous release!

Cara- Ooooh, I love a theta male! But then, as you know, I love any kind of male. I don't even know why I'm debating this, really. Alphas, betas, thetas, omegas- bring 'em on!

Thanks for stopping by, Charlotte!! And happy release day! I forgot to mention that in my post :) Now I have someone to turn to for my beta fix :)

I was married to a guy I thought was an alpha male. Quiet, dark, handsome... brooding?

Turned out he just didn't have anything to say.

I learned from that. Been married to a Beta for 17yrs now and going strong.

I love an Alpha that's not too Alpha. Maybe that's what an Omega is in the terms of a male. Alpha with a bit of Beta.