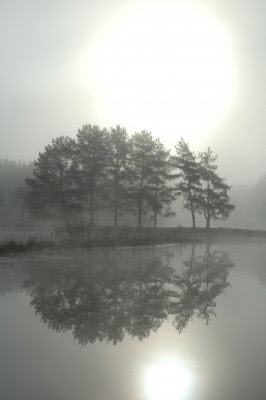 Sorry, first comment was prematurely submitted. "Premature Submission"...is that one of yours, Michelle?

Anyhow, I started by writing romance, which came about because I basically got this vivid, narrative music video stuck in my head during my erstwhile walk commute to work. After spending weeks walking around with this weird entity rattling around in my skull, I thought, "This seems like a romance novel. I wonder if I could write a whole novel..."

I came to erotica after RWA National 2009, where I'd heard Brenda Chin of Harlequin talking about their new Spice Briefs short erotica line. I wrote to their specifications, got told I was too weird, then submitted my story to Ellora's Cave who said, "You're weird, but we'll give you a chance. Here, have a contract." Thanks, EC! So far it looks like everyone either loves or hates my first book, judging from the initial reader reactions. I'll take a passionate rant over a luke-warm "meh" any day. Our genre's all about emotion!

Voted for your trailer, Michelle! Visuals are excellent; I love the music, not overdone but sensual.

Re: prologues--I have what I call a "Preface" in Blonde Samurai because the book is written as a memoir; this enabled me to establish the core idea running through the book--the heroine talking to the reader.

A prologue is like buying a sexy new pair of shoes: if it feels good and doesn't pinch your toes, go for it!

Hi, Michelle!
I love when the prologue is actually the end of the book or starts with the black moment. It keeps me reading!

Thanks Wynter, Cara, Jina and Naima. For votes and your own little details.

Cara, Premature Submission? Snort. I am in danger of it. I'm trying to tell myself to slow down and I know I'll get lucky. By the by, I'm in the "loved it" camp on your story.

Jina, thanks for encouragement on my prelude. I have to figure out if it's "sexy" enough because it's pretty heavy in its own way. But I'll get there.

Naima, you should never have deleted those back seat hot and heavy scenes from the written version. Now what am I going to read when you drag out that first manuscript to entertain?

Voted! Good luck with the contest. :)

I got tired of toning down the sex to fit the supposedly sexy lines. Guess I have a dirty mind, not that that's ever been a secret.

BTW, speaking up as a crit partner, Magician's Chains rocks!

No, you're not alone and don't let anyone tell you that writing erotica is easy. It isn't.

On that note, there is a rule of thumb for us. (Hmm, maybe we should make that a rule of foot...) Take a look at some of your own writing. Can you tell the difference when you've written what you feel vs letting fear of impropriety tone it down? If it doesn't turn you on, it won't turn the reader on.

Just wanted to throw in there that there is something to be said for this stuff making sense once you first hit your thirties. I was in my mid thirties when I first started plotting the hottest stuff and I had a duh, palm hitting forehead moment when I said to myself, "No wonder you're obsessed with this stuff. You've hit your prime."